As part of a research project of the Federal Ministry for Economic Affairs and Energy (BMWi), Enerchange investigated between 2011 and 2013 how the public relations work of project operators in Germany should be assessed, what findings can be drawn from the analysis and how these can contribute to improving the PR and thus the acceptance of geothermal projects. The subsequently published guideline is to some extent the conclusion of these investigations and condenses the findings into practical recommendations for effective public relations work specifically for geothermal projects. You can download the brochure free of charge here. 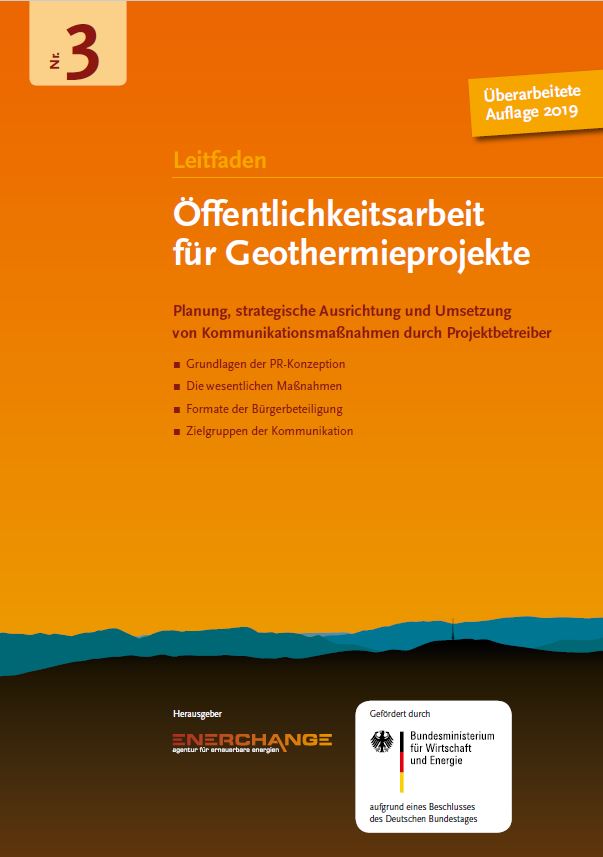 In the overall view of the analysis phase, it became apparent that the public relations work of all project operators has been expanded in recent years, but can still be optimised everywhere. For example, it can be seen that there is often a lack of conceptual considerations for PR, making forward-looking public relations work hardly possible. Instead of taking the initiative to address issues, people often just react. As a result, the public space often remains unoccupied, which makes it difficult to be heard with one's own interpretation of events in conflictual situations.

In addition, there is a tendency to devote too much attention to the opponents of projects instead of making the proponents visible and winning over the neutrally minded sections of the population. In this context, it is often neglected to involve alliance partners from associations, clubs and other civil society institutions that act as multipliers. This is possibly because communication is all too often still not understood as a debt to be brought.

The guide aims to remedy this situation - on the one hand, by providing background information to sharpen the understanding of well-done public relations work, and on the other hand, by addressing geothermal-specific issues and providing recommendations, practical examples and checklists. Last but not least, a PR check at the end of the guide offers a simple and quick way to assess one's own public relations work and to clarify where there may still be room for improvement.

The 80-page compendium is divided into six chapters, beginning with the section "Success factors for the acceptance of geothermal projects", which presents and discusses the key issues that are important in public relations work for a technology that is often perceived as a risk. Among other things, the relationship with the population, the possibilities of citizen participation, benefit arguments and the strategic-analytical orientation of PR are addressed here. The importance of the various topics in practice is illustrated with practical examples from the analysis phase of the project. 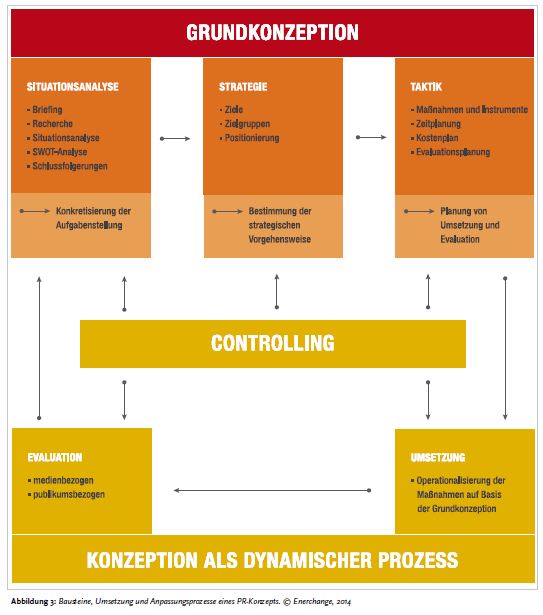 The second chapter deals with PR conception. Why at all should one take a close look and develop a strategy instead of just communicating on the fly? Because whenever clashes of interests and conflicts play a role, it is a matter of fitting corporate policy and communication into a scope of action that public and published opinion allows. That is why at the beginning of every PR concept there is a detailed situation analysis, from which the strategy and finally the measures - direct and often mandatory - are derived.

In this sense, a PR concept provides a specific solution for a specific communication situation. It shows concrete options for action, minimises risks and prepares decision-making processes. The chapter presents the ten steps of a conception process and includes an excursus on how to proceed in researching the situation analysis for a new, not yet known project. Examples of what goals might look like, what the operator's positioning might be at the end and numerous checklists round off the chapter.

A central part of the strategic orientation of PR measures is the analysis of target groups. Therefore, a separate chapter has been dedicated to this topic. They are selected from the total set of so-called reference groups with which a project operator - intentionally or not - is in contact. For each objective and measure, it must be determined which groups of people are relevant. Target groups can be, for example, the direct residents of the project site, local politicians, the entire population of the community or the media - some of which are only recipients, some of which are also intermediaries, since they further transport the messages qua function. Some of the target groups that are particularly relevant for the acceptance of geothermal projects are examined in more detail and their importance and role are classified. 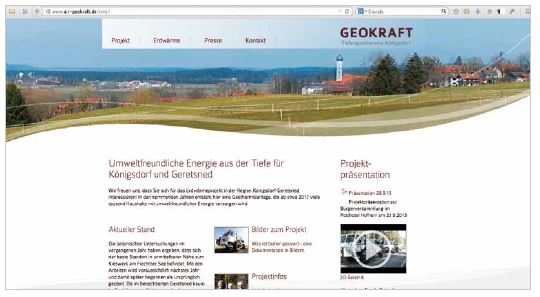 Every geothermal project is unique. This applies to the geological conditions and technical necessities as well as to the socio-demographic conditions. For this reason, there cannot always be an identical and correct catalogue of measures with which to publicise and position a project. Nevertheless, there are measures that, at least most of the time, do a good job in communication work and should therefore be part of the public relations work - be it a website for the project, an information flyer, active press work or direct contact opportunities with the population; of course always adapted to the local conditions.

The fourth chapter is dedicated to these "generally valid" measures and discusses them along the concrete questions that arise for a project initiator or operator in the field of geothermal energy. One focus of the chapter is on measures that can be used to publicise a previously unknown project. Experience has shown that project initiators find it difficult to take the first step into the public eye. They ask themselves not only which measures might be suitable, but also, and above all, what their chronological sequence might look like. The chapter also takes this need into account.

Population participation in the dialogue process

At least in the Upper Rhine Graben, geothermal projects will not be enforceable in the foreseeable future without the participation of the population. In a guest article by the St. Gallen Risk Dialogue Foundation, which forms the fifth chapter, the possibilities and benefits of participation in geothermal projects are discussed. The authors Matthias Holenstein and Dr. Lasse Wallquist discuss the different levels of participation, what a multi-level dialogue process can look like in concrete terms and what success factors need to be taken into account.

However, they warn against initiating dialogue processes only pro forma. "Participation in deep geothermal projects must not be seen as a machine for gaining acceptance. Propaganda dialogues, or dialogues for marketing purposes, are quickly seen through," write Holenstein and Wallquist in their article. "Rather, they should be borne by the honest motivation to approach each other, to take the needs and concerns seriously and to take them into account in the project." 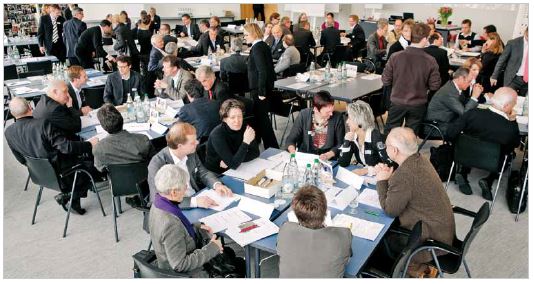 The guide concludes with a PR check. It offers a first impression of where one stands with one's communication activities and gives indications of areas in which there may be a need for action. For this purpose, a one-and-a-half-page questionnaire was developed on the basis of the project analyses and findings from the first phase of the research project, and the answers were weighted with points. The selection and weighting of the questioned aspects are not based on scientific criteria, but on the experiences gained in the course of the research project as well as from the daily practice of a PR agency.